Before we get to our main story – a short fun one about a time Banda Health got into the motorcycle repair business – I just want to check in and say thank you.

Over the last few months, wherever we are around the world, we have all experienced some level of loss, isolation, uncertainty and frustration due to the COVID-19 pandemic. But during that same time, you have actually increased your donations to Banda Health. This is amazing.

I want to thank each of you for doing this with us. Four years ago when Wes and I founded Banda Health, we dreamed of empowering frontline healthcare workers in some of the world’s lowest-income communities. Your generosity for people around the world, at a time when your own lives and communities have been upended, encourages us and inspires us to do better and to be better.

Steve, for the Banda Health team

This is a story about what a boda boda, or 125cc’s of Indian-made motorcycle, can do for healthcare for patients who really need it. But we will get to that in a minute.

Nampunge Clinic is the largest of five clinics run by the Church of God Uganda and its partners. Before Banda Health, like many clinics across Uganda and across sub-Saharan Africa, Nampunge struggled to maintain its medicine and supplies inventory. Routinely running out of medicine meant two things: 1) Nampunge routinely failed to provide care to patients who really needed it, and 2) the clinic lost a lot of income, which really hurt its chance to ever be financially sustainable.

When Nampunge first started using Banda Health to manage its money and its inventory, it was losing something like $600 every month (Church of God Uganda and its partners covered the shortfall, which was about half of Nampunge’s budget). Banda Health helped them track all their income, each of their expenses, and not only know exactly what was on their medicine shelf at any given time, but also begin to see how much of each medicine they prescribed each week. By the end of month 2 they broke even, and by the end of months 3 and 4 they were averaging an $800 surplus.

Which brings us, finally, to the boda boda. In the pre-Banda Health era, Nampunge sent someone into town to purchase medicines two or three times a week, usually after a medicine had run out and a patient had gone away empty handed. Between paying a boda boda driver, paying for the employee’s time, and losing a patient’s business in the first place, Nampunge was paying much more for its inventory than it should have been.

What’s more, Nampunge actually owned a boda boda. But it had broken down and had been sitting in a shed for months. Banda Health let the clinic see exactly where its money was going, and what medicines they needed to buy not just for the week, but for the entire month. With a clear picture of their finances, Nampunge could now set aside a bit of money each week until they had enough to fix the motorcycle, cutting inventory costs even further.

Reliable, cheap transport – not to mention fun to zip around on. And with help from Banda Health to make tracking income and expenses and inventory easy and effective, Nampunge’s very own motorcycle is faithfully delivering medicine, and savings, to the clinic and its patients. 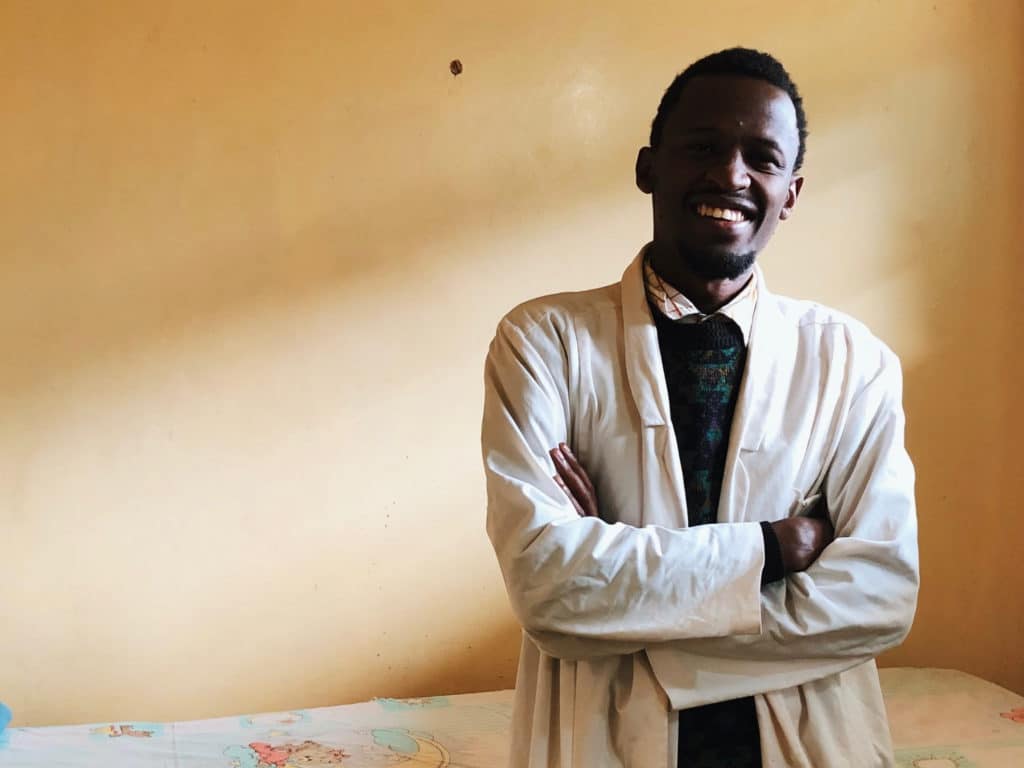 Your donations take Banda Health to clinics like Nampunge who struggle to balance the business of healthcare (how to sustain it) with caring for patients day in and day out, even when they cannot pay. With Banda Health, clinics provide dependable healthcare to needy patients for the long-term. Thank you so much for doing this with us!