Love Does What It Takes

A nurse, with a half-dead woman strapped to her back with a bedsheet, riding a motorcycle through the woods in the pitch-black night …

The picture of that nurse, Irene Mundia, showing up at our hospital that night is forever embedded in my mind. When people ask me who my healthcare hero is, I don’t blink. It’s Irene. Irene showed me that night what the love of God is like when nothing is easy.

Irene was a nurse friend of ours during the years that Sherri and I were working, and raising our kids, in rural Zambia, central Africa. Irene gave up the chance to make a lot of money by working in the big city and spent the last 20 years of her career running a small clinic in a very poor and remote village called Mushima. Our family lived at a hospital that felt like it was right on the edge of the world, but it wasn’t. Mushima was on the edge, 30 miles past us down dirt tracks. In Mushima there was no running water, no indoor toilets, and no electricity.  Well, almost no electricity except Irene’s small solar panel that powered a tiny fridge and single light bulb in her little clinic.

Irene and her assistant, Salome, did the work of a doctor, nurse, administrator, treasurer, and maintenance man all by themselves. Why? Because there was no one else. Malaria, malnutrition, leaking roofs, government reports, guys who chopped off their finger with an ax, pregnant women – you name it, they took care of it all.

Early one evening, a young woman in labor arrived at Irene’s little clinic, about to have her first baby. But as the evening ended and the dark African night consumed everything, it was clear something wasn’t right with this lady and her unborn baby. Irene, working by the light of that single light bulb, realized that disaster was looming. Not only was the unborn baby coming out backward, but the mother’s pain was getting worse and her baby had stopped moving. It was clear that the baby was going to die, and so was this young mother.

Irene knew she was in trouble. Cars never came to Mushima in the middle of the night. Cars didn’t really come to Mushima during the day. So, in the middle of the night, Irene and Salome stopped and prayed.  Then Irene told the mother “I’m going into town on my motorbike and see if I can get help.” But the young woman, exhausted and in pain, cried out, “Don’t leave me, or I’ll die.”

Irene knew that the lady was right, so she moved to plan B. She strapped the dying lady onto her back with a bedsheet and set out in the pitch-black on her small motorcycle. Thirty slow miles on a dirt track for Irene and the woman on their motorcycle “ambulance.”  By the time they reached the hospital two hours later, Irene was ready to collapse and the mother was unconscious.

It wasn’t every night that women in obstructed labor showed up at our hospital – unconscious, on the back of a motorcycle, strapped to some nurse’s back. Nevertheless, it didn’t take long for our Operating Room team to get the IV’s in and the surgery done. The young mother’s womb had torn open internally and her baby had died but Irene had gotten the mother there in the nick of time, and the young mother had miraculously escaped with her life.

That night, Irene, despairing and totally exhausted, made an indelible mark on my life, teaching me a lesson about what the love of God is like.

That night, Irene showed me that God’s love can be inconvenient, taxing, exhausting or worse, that it can sometimes feel more like Good Friday than Easter. Irene seemed to understand God’s love for herself personally, and that understanding changed the way she loved those around her. That night, God’s love for Irene changed her motorbike into an ambulance. It changed her quiet night at home into a wild ride through the bush. It changed Irene’s rest into exhaustion, and her “excuses” into her “whatever it takes.” In doing so, God’s love changed another woman’s despair into hope.

Irene taught me everything though she said nothing. Her example gave me strength for the dark nights of life that are as inevitable as are the bright sunny mornings. Her example showed me that some days, love would take me by the hand and walk me through the forsaken places in my loved ones’ and neighbors’ hearts. It would take me into those places during the times that their frames were too weak to cry out, “Don’t leave me, or I’ll die”. Irene showed me that love would lead me to do-what-it-takes because love is from God. Twenty years later, I now realize that, in doing so, love would change not only others’ lives but mine too.

Irene Mundia is my healthcare hero. You can see why. That dark night on the motorcycle, she gave me a glimpse of what love is, and of who the healthcare heroes in the forgotten corners of the world are. Today I work for a team called Banda Health, a team that lives the dream of using technology to empower healthcare heroes like Irene so they can transform healthcare in some of the lowest-income communities of the world.

That young woman on Irene’s back could have been my daughter. I get that. Thank you, Irene.

Our Giving Tuesday/Year-End Campaign Is Live!

Our 2019 Giving Tuesday campaign is all about healthcare heroes like Irene.

Every $10 we raise impacts 150 additional patients over the next 5 years alone in clinics like Irene’s. We’re working to transform healthcare for 1+ million patients by 2024.

How can you get involved? 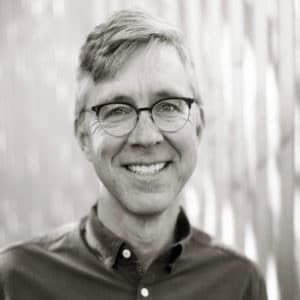 Steve Letchford is the President of Banda Health. He lives in Kijabe, Kenya with his wife Sherri.