A Young Dentist on a Mission to Establish Herself in Nairobi

Have you ever been nervous to smile in front of a dentist because you’re worried they might be analyzing your teeth? That’s how I felt talking with Linda, a dentist working in the small bottom floor of a mid-sized building in Nairobi. I could see her watching my teeth as I spoke and decided to mention that my front two teeth are actually crowns, thanks to a middle school cheerleading accident.

“I could tell as soon as you walked in,” she said matter-of-factly. “I could have done a better job.”

Linda is curt and smart, but it’s obvious that her patients love and appreciate her. The only thing hanging on the otherwise bare walls in her small two-room office is a plaque above the receptionist’s desk. At first glance, you assume it’s a diploma. But Linda proudly explained that it’s actually a framed letter of appreciation from a young patient she helped a few weeks ago even though he had no money to pay for it.

“Dental work is never an emergency,” she noted when asked about her close relationship with patients. “With dentists, people want to know you – unlike with doctors.”

This focus on relationships is important because her reputation has become her main source of advertising. Each week, Linda picks one charity patient to receive a free visit and asks that they refer someone else to her if they’re pleased with her service.

“For 99% of advertising, I depend on doing a good job on someone, and then they refer me to other people,” she explained.

A few months into her practice last year, she was noticing the fruits of the word-of-mouth advertising and realized she needed a better way to track patient records and to organize her accounting. That’s when she reached out to Banda and explained what she wanted.

Linda said she chose Banda over other similar systems because she wanted a company that was new and could grow with her.

“Other companies approached me about using their software but I liked that Banda was as young as I was when I bought it and thought it was a good opportunity to grow together,” she said. “We can make mistakes and grow together.” 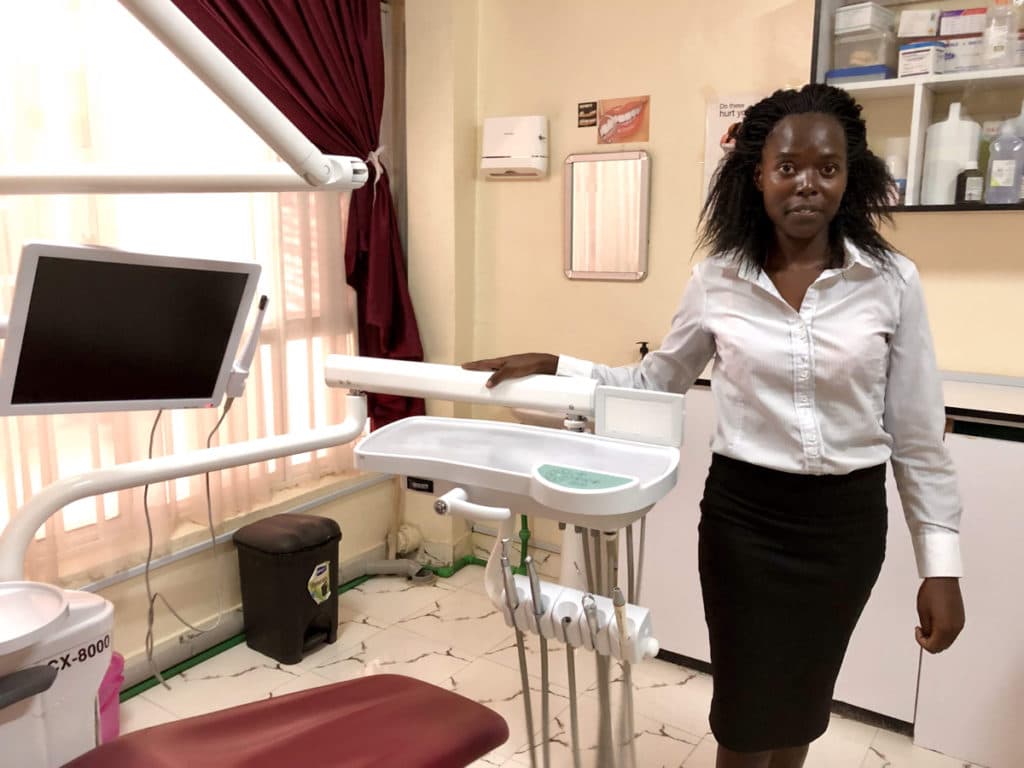 Like the rest of our clients, Linda is really happy with how Banda Go enables her to run a better business. Running a better business means financial stability for her family, longterm sustainability for the clinic, and better care for her patients.

Why do we need donations to get Banda Go into the hands of clinic owners like Linda across Kenya and beyond? The small annual fee we charge clinics covers about 5% of the cost to implement and support Banda Go, and that does not include the much higher costs of product development. Banda Health relies virtually 100% on donors who share our vision to make sure patients in very-low-income communities around the world have access to good healthcare. Which leads us to say, as we often do:

Banda Go is our baby, and it’s taking a global village to raise it. Thanks for doing this with us!

Seriously, thanks everyone. We cannot say it enough!

A journalist from New York, Natalie is helping write stories about the clinics using Banda Go.

David is fascinated by the intersection of people, systems and efficiency. He ensures that the non-medical, non-IT aspects of healthcare are taken care of in Banda Health’s solutions. His hope is to use his background in public health, strategic management and economic development to empower healthcare professionals across the developing world.
David’s personal healthcare heroes are the doctors, nurses and physical therapists in his own family.
Michael Maina